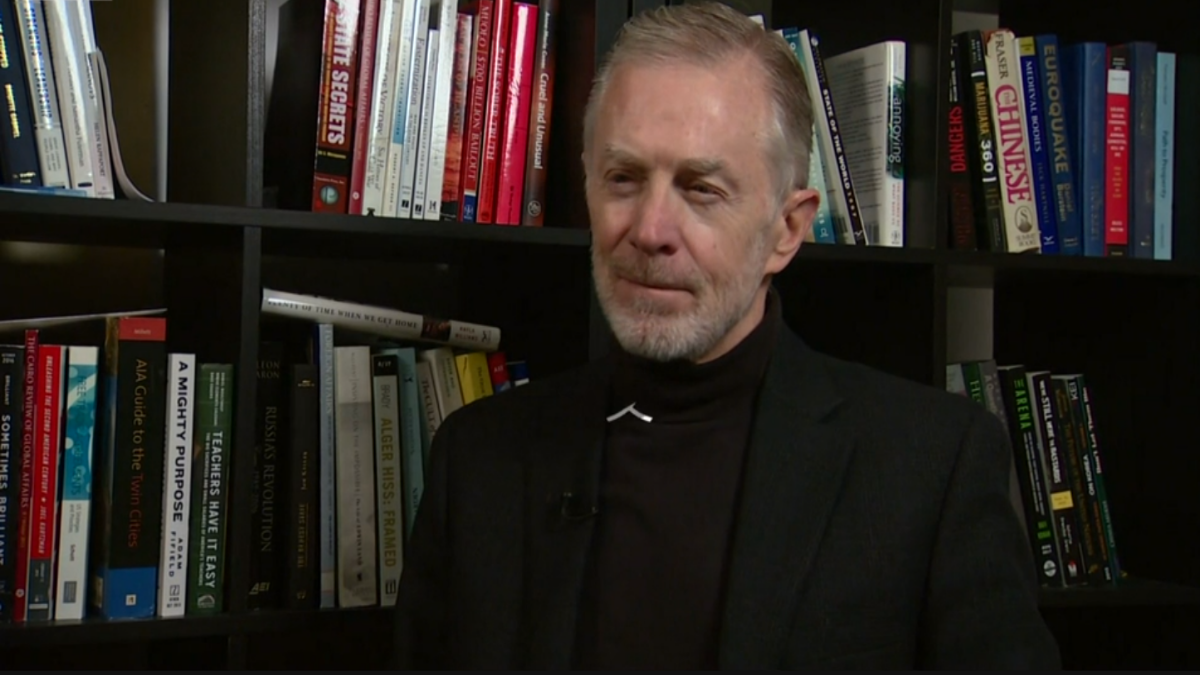 “If the US government continues to suppress Huawei, this will hurt the United States far more than it harms Huawei and China,” said Andy Purdy, Huawei’s chief security officer in the United States, in an exclusive interview with the BBC Chinese.

Such a statement from a Huawei executive is not too surprising. However, Paddy served in the U.S. Department of Homeland Security and the Department of Justice and was a senior White House official in charge of cybersecurity during the Bush era.

As a former gatekeeper of US cyber security, Paddy denied in the exclusive interview with BBC Chinese that the United States alleges Huawei’s intellectual property theft, and eavesdropping on US citizens for the Beijing government. He described that the United States’ siege of Huawei would hurt its own country far more than the losses suffered by China and Huawei. The United States did this by smashing its own feet.

In recent years, Huawei has faced such disputes in the United States. Last week, the U.S. Department of Justice filed new charges against the Chinese telecommunications company, conspiring to extort and conspiring to steal trade secrets, alleging that it has been suspected of stealing US intellectual property including antennas and robotics for decades. Many details were disclosed in the latest indictment, including a Huawei employee who openly stole someone’s technology at a trade show. The employer wearing the document on his body was not Huawei, but the reversed “weihua”.

Paddy denied Huawei’s alleged wrongdoing. “Some of these allegations have been around for more than 20 years. They are all old news.” Paddy said.

Regarding new allegations of intellectual property theft, assisting the Iranian government to monitor the Iranian population, Paddy responded that he hoped that the United States would make relevant evidence publicly available as soon as possible.

In his view, the US allegations against Huawei have gone beyond the scope of general commercial disputes. “The related charges they charge are usually used to prosecute organized criminal groups.”

In May last year, the United States included Huawei and its subsidiaries in the “entity list”. American companies must obtain government approval before they can trade with Huawei. Currently, 30% of the semiconductor components in Huawei products come from the United States.

The scourge is not alone. In addition to new charges, Huawei may also need to face more stringent export restrictions. According to media reports, the Trump administration will discuss tightening export restrictions on “entity list” companies at the end of this month to allow Huawei to obtain US dollars Devices are more difficult.

Paddy said that if Huawei can no longer purchase from U.S. suppliers, “we won’t have any problems” because the company “is already implementing a backup plan.”

He said that Huawei has a strategy to replace both procurement and R & D. On the one hand, it looks for new suppliers that can replace the United States, and on the other hand, it develops technologies independently. He revealed that following the US $ 15 billion investment in R & D in 2019, Huawei plans to increase research investment to US $ 20 billion this year.

“As the world’s second-largest mobile phone manufacturer, if we are forced to stop using Google’s operating system, we will have no problem,” Paddy said. In his view, it is the United States that bears a heavy price for blocking Huawei.

Huawei buys $ 11 billion in technology, including software and chips, from nearly 300 U.S. companies each year. According to Paddy, if Huawei can no longer buy from the United States, 40,000 US jobs will be hit.

But US officials believe that thousands of jobs are “valuable” and national security is “more expensive.” National Security Advisor Robert O’Brien said recently that “there is no difference between the Communist Party of China and Huawei” and he compared Huawei products to “Trojan horses.”

In an interview with the BBC in Chinese, Paddy stated that he would take objective and transparent measures to prove that the Chinese government has not installed a “back door” in Huawei products. Regarding customer data and network access, he emphasized that Huawei has transparent and strict management on this. “No one, including the U.S. and Chinese governments, can force Huawei to hand over data we don’t have.” He called on the U.S. government to talk to Huawei and involve industry experts to determine whether Huawei would pose a threat to US national security.

Another front of the United States against Huawei extends beyond the United States. Washington is lobbying a number of traditional allies to exclude Huawei from its 5G telecommunications system.

The United States’ closest ally, the United Kingdom, announced last month that it allowed Huawei to participate in 5G network construction, but only for non-core equipment.

“The UK has Huawei involved because they want to speak with evidence,” Paddy said.

However, even in the UK, Huawei is still regarded as a “high-risk” supplier, and there is no shortage of political opposition in Huawei. Tom Tugendhat, former chairman of the Conservative Foreign Affairs Committee, said that sovereignty includes control over information, “if we make a mistake and let Huawei run 5G, the real cost will come in the future.”

When asked by the BBC only to be allowed to participate in the 5G non-core construction of the United Kingdom, why was it an affirmation of Huawei? Paddy replied: “The United Kingdom still decided to resist in the face of unprecedented strong lobbying in the United States.” He admitted that the British decision was against It is not a big victory, “but a small step forward.” He said that he hopes to prove to the world at this pace that even in the face of political pressure, he can still focus on the facts.

At the end of the interview, the BBC asked Paddy, who had guarded US cybersecurity, why he now believes the United States should open its doors to Huawei.

“I hope that the U.S. government will start thinking about how to promote the United States, rather than suppress China and Huawei.”