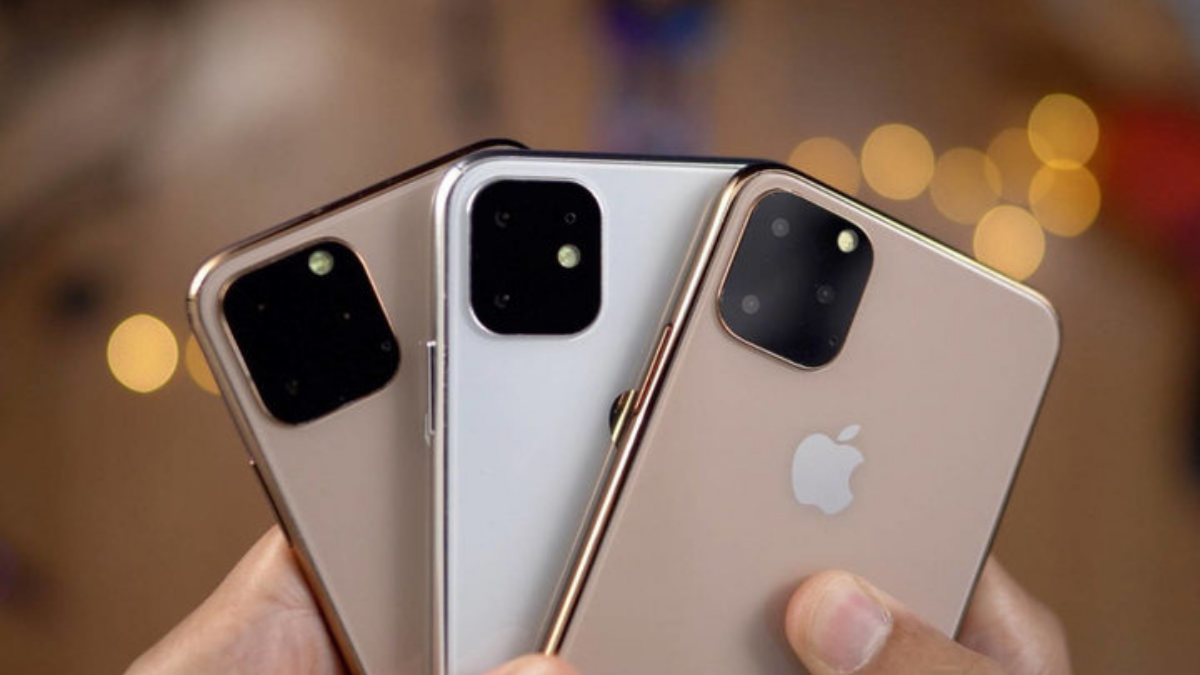 Near September, it is time to predict Apple’s new autumn products. Although Apple has not yet announced the date of the autumn new product launch, there are already many analysts and media on the Internet that have exposed information about the new iPhone and the new 2019’s iPad.

Recently, Bloomberg News informed the news of Apple’s new autumn forecast, the new iPhone with “Pro”, AirPods, 16-inch MacBook seems to be on the line, ready to go.

Informed sources revealed to Bloomberg that Apple will launch a number of iPhone products at its special event in September, including an iPhone with a “Pro” suffix, which aims to promote Apple hardware and software products with flexible product grading. Sales, and then directly increase the revenue performance of these two categories.

At the same time, the iPad and MacBook Pro will also be updated, especially the latter, which will change the appearance of the years with a new 16-inch design.

In terms of camera configuration, the “Pro” series models will be equipped with a three-camera configuration. In addition to the main camera, there will be super-wide-angle and telephoto lenses. People familiar with the matter said that the new camera’s dark light shooting ability is stronger and higher resolution than the current one. With the AI ​​compositing mechanism, the phone can record three pictures at the same time when taking pictures, and then filter and correct visual defects by AI.

It’s not hard to see that these two new iPhones with “Pro” are likely to switch to larger CMOS, because the sensitivity and pixel resolution are closely related to this part.

Video recording capabilities will also become more user-friendly with hardware and software upgrades. In the previous iOS 13, the album function has been able to implement the basic functions of video editing, users can quickly cut and rotate the video in a few simple steps.

In this update, Apple will add real-time retouching, color grading, recomposing, and more to the video recording function to maximize the video application capabilities of the phone.

As a successor to the iPhone XR, the new iPhone without Pro will also have a dual-camera design. However, it is still unclear whether the same module is used in the same way as Pro.

With the addition of new sensors, the face recognition capabilities of the three new phones have also been upgraded to a greater extent, with a wider range of identifiable. The most intuitive place to show the advantage is that the phone can complete the face recognition in a flat state so that the user can easily unlock the phone without having to specifically pick up the phone to verify.

In terms of body size, the new iPhone with the “Pro” suffix will be the same size as the iPhone XS series, and the screen specifications will remain the same. But the new model will use the new OLED display, and the 3D Touch feature will be replaced by the Haptic Touch, which has been in the iPhone XR for a year.

This year, Apple added a wireless charging function for AirPods 2. However, the absence of AirPower makes the wireless charging box of the headset slightly slim. However, people familiar with the matter said that the new iPhone will support reverse wireless charging, allowing users to charge AirPods at any time, but this feature is limited to the “Pro” model.

In fact, in addition to supporting reverse charging, the new iPhone as a “charger” may have a small increase in battery capacity.

If there are no surprises, this year Apple will continue to update the A13 processor in the new iPhone. It is reported that the A13 processor will integrate a coprocessor named “AUX” internally. The main task of this processor is to complete the calculation of intensive tasks for the main chip, such as AI information operation, etc., to help the main CPU. Reduce computational pressure.

According to the foreign media exposure news a few months ago, the A13’s AI performance will be 3-5 times that of the A12, and it is expected to reach 20 trillion operations per second.

However, it is a pity that sources said that the three new iPhones released this year will not support 5G networks. iPhones that can support 5G and have 3D detection technology will not be available until 2020.

Design your own Mobile with Meizu UR